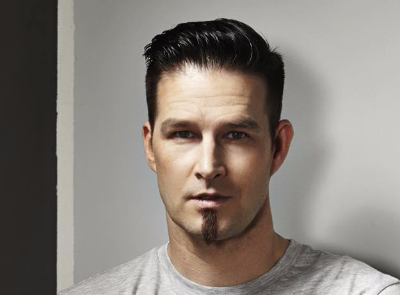 In celebration of the April Fools Day (1st April) Finnish Producer/DJ Darude partnered with YouTube to add a new April Fools prank to the annals of Internet history.

YouTube has a long tradition of hugely popular April Fools pranks going back eight years and this year’s occasion is to be no less spectacular. With the partnership seeing Darude’s iconic track ‘Sandstorm’, which has become a popular meme in response to the question “What song is this?”, being added to the pantheon of pranks across the entire global platform of YouTube’s social and video reach. YouTube’s ‘Sandstorm’ Easter Egg, which includes a special ‘Sandstorm’ snippet on every YouTube video when you click the little music icon, as well as a ‘Did you mean: Darude – Sandstorm’ search suggestion, is to celebrate the popularity of electronic music by celebrating one of its longstanding classics.

One of the most iconic, game-changing dance music records to ever be released, Darude’s timeless classic ‘Sandstorm’ has matured to become a firm favourite with everyone from music lovers to sports fans worldwide, and has been used in everything from network TV channels that include HBO and BBC to Hollywood movies such as ‘Under The Skin’ featuring Scarlett Johansson and the Jim Carey hit film ‘Fun With Dick and Jane’.

In recent years the cult of ‘Sandstorm’ has continued to grow with much aplomb finding fame across sports events that include the NFL, NBA, Ice Hockey World Championships, Wimbledon, UFC (used by former heavyweight champion Wanderlei Silva), UEFA European Football Championship 2000 and the 2006 Winter Olympics in Italy, as well as staring in adverts for global brands such as Honda, PlayStation and more recently Nike featuring basketball stars LeBron James and Kobe Bryant.

‘Sandstorm’ has also become a popular track for the gaming industry having featured in blockbuster games that include Activision’s DJ Hero series and EA Sports NHL 11, but it was its inclusion in the famed online platform League of Legends, whilst broadcasting on the popular video game live-streaming site Twitch.tv, that led to it emerging as an internet phenomenon due to its increasing popularity as a widely used meme.

A multiplatinum selling record, ‘Sandstorm’ still stands tall as one of the best selling dance singles having sold over 3 million units worldwide, and continues to be a firm favourite with the worlds biggest DJs from Calvin Harris and Hardwell to Tiësto and Paul Oakenfold.

Since ‘Sandstorm’s’ inception Darude’s career has taken in multiple world tours, numerous awards, one compilation and three studio albums. More recently his touring schedule has placed him at shows for the world renowned 180,000 capacity Tomorrowland festival, Miami’s Groove Cruise, completed a headline tour of Australia’s Future Music Festival sharing the headline slot with Avicii, Martin Garrix, Afrojack and The Prodigy, and has put the finishing touches to his 4th artist album. The first single ‘Beautiful Alien’ from the album will get its worldwide release April 10th on Warner Music.