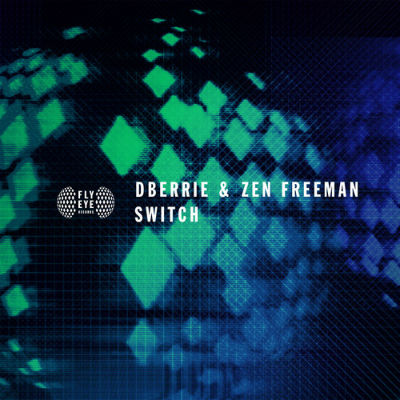 At the forefront at the big room sound-of-now, Switch has been specifically crafted to tear the big club systems apart; as road-tested during dBerrie’s residencies at Marquee (New York), LIV (Miami), Glow (DC), Avalon (Los Angeles), and Revel (Atlantic City). Similarly, with Zen a regular at the US’s biggest ever club Hakkasan Las Vegas, Wet Republic at the MGM Grand and Marquee & Avenue in New York, it’s safe to say these two know how to make a killer dancefloor track.

Switch is dBerrie and Zen Freeman’s debut collaboration and their first release on Fly Eye. With strong support already in place from heavy-hitters such as Calvin Harris, Switch is on track to set the world’s biggest systems and stages alight in 2014.