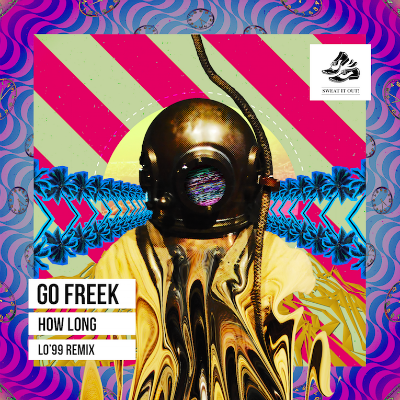 After Australia’s most renowned label Sweat It Out took Miami by storm during Miami Music Week, rising star LO’99 charges forward with a solid dancefloor remix of the imprint’s latest release ‘How Long’ by Go Freek.

Immersing the single in deep, reverberating basslines, thick, rolling percussive pads and garage inspired drums, LO’99 builds on his growing reputation for dishing up big, meaty cuts that do damage to any dance floor.

After establishing himself at the very end of last year with remixes of Kaskade’s ‘A Little More’ and Royksopp’s ‘Sordid Affair’, LO’99 released his huge original with Marshall F ‘Take Me Back’ on Australia’s Medium Rare Recordings to widespread critical acclaim.

‘Take Me Back’ scaled the heights of the Australian dance charts to an impressive #3 spot, and ahead of its UK release and impending international remix package, has received heavyweight feedback from the likes of The Magician, Motez, Frankie Rizardo, Gorgan City, DJ Zinc, Golden Features, Todd Edwards, Preditah, Peking Duk, The Aston Shuffle, Sinden, Nicky Night Time, Tommie Sunshine, Martin Ikin, Billon and Andi Durrant. With new remixes coming from Ray Foxx and BASS VIP, the 2015 ‘Take Me Back’ package looks set to contiue giving the heaviest of bass bins a thorough seeing to.

As the talent keeps on flooding out from the shores of Australia to the rest of the world, LO’99 is placing himself firmly at the front of the nu wave of upcoming artists.

Listen to all the mixes below.