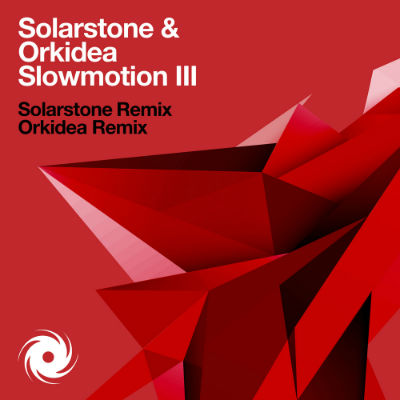 A tradition that’s subconsciously linked their last 4 years with a 3 strong arc of ‘Slowmotion’ tracks, each has augured a major new Solarstone or Orkidea release or project. As the first purpose-produced track from the just-released third ‘Electronic Architecture’, no.3 in the series is no different. With the dark, long and supremely strong Original mix now out in clubland, kicking ass, taking names & picking up big-name DJ support far & wide, its time for some variations on the theme. In store, from Solarstone and Orkidea, two very different and individual takes on the third ‘Slowmotion’.

Putting the capital ‘E’ in ‘Epic’, Orkidea’s version-excursion extends to a full 13 and a ½ minutes of imaginatively produced and complexly arranged electronic music. Into his extended high-on-drama intro, the Fin pours dystopian bass & sporadic drums patterns into long, near filmic synth sequences. Throbbing with an atmospherically brooding menace, Orkidea then engages the 4/4 drums, builds up ‘Slowmotion III’s retro-futuristic female vocals and draws it out, seemingly infinitely, into progressive-house submersion.

For his take, Solarstone’s lightens the Original Mix’s netherworld tones by degrees. Increasing the drive shaft behind the production and using a fresh raft of 80s inspired FX, he binds the call of the vocal, the panning shift of the chiming sub-riff and the ethereal sweep of its mainline atmosphere decisively into the mix.