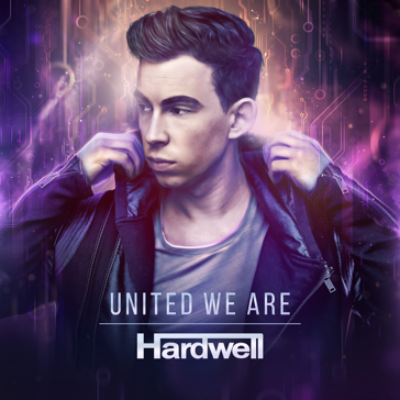 After all the wait, World No.1 DJ, Hardwell’s debut album is finally out. Featuring deadly collaborations with Tiesto, Headhunterz, Matthew Koma, W&W, Amba Shephard and even Jason Derulo, this album has tracks spanning across various genres. But the question is whether it was worth the wait. Read on for a track by track take on “United We Are”. If last year’s formula for hit albums is anything to go by, then producers should know that different is good. However, different can sometimes be very difficult for some artists to adjust to. Vinai are probably the best example to ask this question to, but this article isn’t about them so let’s focus on Hardwell’s attempt to be a little different.

Hardwell strictly abides by the formula and gives us tracks like, “Birds Fly” (Featuring Mr.Probz), which is the one mandatory chill track on the album. Sounds reasonably okay but some lesser known producers have done a far better job on such tracks recently, so its a little disappointing.

Hardwell also includes an unplugged version of his 2014 single “Dare You”, which everyone has already heard by now and serves no real purpose on the album.

Headhunterz features on “Nothing Can Hold Us Down”, definitely one of the better produced tracks of the album. Progressive melody with the signature Headhunterz drop at the end.

“Area 51” is a collaboration with upcoming artist DallasK, who featured on “Burn” last year with KSHMR. The track makes for a good listen, and sounds better every time you hear it. It’s a regular big room track, but you can notice that a good amount of work has gone into the track.

“Arcadia” with Joey Dale was released as a single a few months ago, and sounds like every Hardwell track you heard in 2013. However, these were the tracks that kept him at his No.1 position, and full credit to Hardwell for creating a formula and being able to sustain it.

“Echo” sounds beautiful due to Jonathan Mendelsohn’s vocals. It’s essentially a trance track, probably the one Hardwell spoke about during his ASOT 650 appearance. It totally sounds like a marriage between big room and trance and this is actually the most “different” Hardwell track in a while, another brilliant production.

“Young Again” was also released as a single prior to the album release, and is a very peaceful track to hear. The track is very simplistic, and the vocals are a huge boost to the track.

The title track “United We Are” features Amba Shepherd who was brilliant on “Apollo” in 2012. However, it’s the melody and the production of this track that has absolutely nailed it, and Hardwell shows signs of brilliance with this track.

“Where Is Here Now” features Funkerman, and is essentially Hardwell trying out Deep House. The track is quite groovy, and Hardwell seems to have managed this track perfectly. Except that it’s hard to believe Hardwell actually produced a track like this.

“Colors” with Tiesto and Andreas Moe is a very very generic track, and disturbs the flow of the album just by showing up in the middle of some quality productions. Seems absolutely unnecessary to include such a track in this album. Also the drop sounds like a bad version of “Under Control”.

“Let Me Be Your Home” features Bright Lights, and is a beautiful track. It’s pretty difficult to create a bad track with Heather Bright’s vocals. The track takes off to a higher level with the second drop and leaves you wanting for more.

Hardwell also recently released another single from this album, titled ‘Sally’, which sees him take on Alt Rock and blend it with Big Room. What we end up with is a complete disaster. It has basically ended up being a horrible attempt to mix a Big Room sound with something very distant from the much criticized genre.

“Follow Me” features Jason Derulo, is a progressive house track. Easy on the ears and beautiful vocals make the track a memorable one. Good work from both, Derulo and Hardwell.

“Eclipse” is the anthem that Hardwell has opened a lot of his sets with. And its hard to wonder what could be a better way to start a set. The feel of this track is absolutely perfect for the way Hardwell uses it in his sets, providing a perfect outro to mix his next track in as well.

Finally then, we have Hardwell’s recent Beatport topper. “Don’t Stop The Madness” is the collaboration with W&W that was previewed all the way back at Hardwell’s legendary set at Ultra 2013. There is absolutely no flaw in this track, and its a total big room banger. If only more big room sounded like this one.

“United We Are” was supposed to be Hardwell’s attempt to do something different, and is anything but that. Hardwell does experiment with genres, but also plays it safe most of the time, unlike what Porter Robinson did with “Worlds”. However, it’s hard to say whether Hardwell’s signature tracks are better than the ‘experimental’ ones, and that might just be Hardwell’s best achievement with this project.