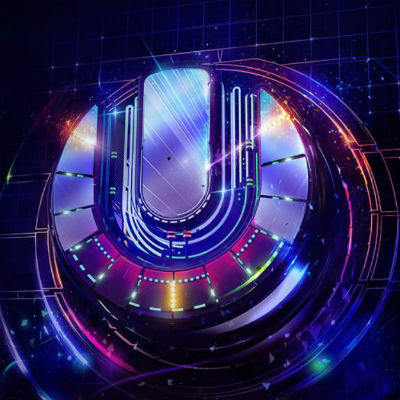 Avicii’s health concerns meant that he could no longer perform his set scheduled for Day Two of the Ultra Music Festival. This did cause some major disappointment, however the organizers did manage a coup of sorts, by bringing in a replacement the crowd was equally excited about – Deadmau5. MOTi kicked off Day two with a cracker of a set on the mainstage which saw him drop his new monster of a track with DVBBS called ‘This is Dirty’, previously played by Tiesto in his Ultra Argentina set. He also mashed up his hit ‘NaNaNa’ with Alvaro with a Basement Jaxx track, before closing his set with a couple of ID tracks. Blasterjaxx was the next big mainstage act, and Thom and Idir blew the roof off the place! Blasterjaxx gave the crowd a taste of what’s in the store this year, dropping some deadly ID tracks. They also dropped their tracks Fifteen, Astronaut, Faith, their Save My Night remix, and their brand new release on Protocol Recordings, ‘Echo’. This duo looks set to carry on leading the big room scene. W&W cooked up a storm next, dropping all their groovy bangers one after another. They opened their set with an intro of Thunder which merged into the hard hitting drop of Thunder. They also dropped a few ID tracks, some by themselves. Their latest hit ‘Bigfoot’ and later on TJR’s ‘Bounce Generation’ saw the crowd go absolutely mental. It was a typical W&W set where the energy never dropped, making it one of the most energetic sets of the three day festival! Martin Garrix was up next on the mainstage, and what a stunning set did he deliver! Anyone who has been actively following him knows that he has been delivering one storming track after another, and he showed exactly why he’s become such a huge deal by belting out a set which left everyone gasping for breath. He opened with Helicopter, going on to play Crackin followed by the new DVBBS and MOTi track. What followed later was a number of ID’s that I’m sure everybody over there lost count of. He played Animals right at the end before closing out with his new track (yes another new track) with Sander van Doorn and DVBBS. Meanwhile, Vicetone, Henry Fong and Audien were dropping some mean tunes over at the other stage, with Infected Mushroom and 2ManyDJ’s rocking it at the live stage. Krewella played out a massive set at the Mainstage, with their added live performance charm intact. They played ‘Back to Earth’, Yellow Claw’s version of ‘Shotgun’ along with their hits ‘Alive’, ‘Legacy’, newer tracks ‘Enjoy The Ride’ and ‘Lights and Thunder’. They closed out with their track ‘We Go Down’. Ummet Ozcan was playing at the UMF Radio stage, doing what he does best- Rocking the Party and lasting out the biggest big room tunes like ‘Fifteen’, ‘Booyah’, ‘Bounce Generation’, ‘Raveology’ and the raging Deorro and R3hab track ‘Flashlight’. Bad weather meant that Dannic’s set was cut short, and he was joined by Hardwell and Dyro, and the Dutch House Mafia (as Hardwell said himself) played a killer half an hour set. Dannic dropped his mega tunes ‘Blueprint’ and his remix of ‘Beam’ whereas Dyro dropped his very own monster track ‘Go Down’. Nicky Romero turned up in a Holland jersey to play his set at the Mainstage. He opened with his usual ‘Toulose’ and dropped some latest Protocol tunes like Blasterjaxx’s upcoming ‘Echo’, ‘White Lies’, ‘Colors’ and ‘Howl at The Moon’ later in his set, along with the new David Guetta and Showtek track ‘BAD’, MAKJ and Hardwell’s ‘Countdown’ and closed his set with his new collaboration with Vicetone, currently called ‘Let Me Feel’. Alesso opened for Swedish House Mafia on the mainstage last year, and this year he was back on the mainstage spinning some more groovy progressive house tunes. Opening with a new track called ‘Tear the Roof Up’, he went on to play a set full of his progressive tunes and trademark mashups, mashing up I Am and Reload at one point, leaving the crowd mesmerized. Armin van Buuren showed up next, in a Holland jersey just like Nicky Romero did. It rained through his 46 minute set, and he aptly described it as “The heavens crying tears of joy”. He played a set that once again proved that he is a godlike DJ behind the decks, leaving a soaking wet Miami crowd jumping in the rain. Opening with his latest smash hit ‘Eifroya’ and moving to an amazing Eat Sleep Rave Repeat mashup later, Armin went on to play Bigfoot, Empire of Hearts, a mashup of U and Concrete Angel both by Gareth Emery, and even played the Broning bootleg of Animals he’s been playing in his sets. He closed with two obvious tracks, Ping Pong and This is What it Feels Like. Avicii’s surprise replacement Deadmau5 was to close the day on the Mainstage next, and he surprised everybody with one of the most memorable sets of the festival. He played some tracks from his Seven EP, along with some classics like Ghosts and Stuff. He even went on to troll Martin Garrix further after his twitter rant against Animals by playing the ‘Funnymals’ edit of the track. He paid a tribute to the ailing Avicii by dropping Levels in his set.

Here are some of the live sets you can relive from Day 2 of Ultra Music Festival 2014!