Now you’re probably wondering what magical 5 step process I’m going to give you to convert your EDM hating friends to EDM loving friends. Well, there’s the catch. None of your friends actually hate EDM.

EDM as we all know stands for electronic dance music, aka- any form of dance music that is created electronically (Yes, I had to spell it out for you). What a lot of people tend to forget, or completely ignore is that the majority of music has electronic elements to it. And this isn’t new. The whole EDM wave may have come about in the last decade, but EDM has always been existent, and electronic music – well you’ve probably heard of several pop tracks that are actually categorized as EDM.

Let’s start off with one of the biggest hits of the 2000s- I Gotta Feeling by the Black Eyed Peas. The majority of music fans across the world have danced and partied to this tune several times. And yes, I Gotta Feeling is EDM. It was produced not just by the Black Eyed Peas but by David Guetta. Heard of him right? He even features in the music video in quite a few scenes alongside Kid Cudi! See if you can spot him:

Okay, moving on from BEP. Let’s look at some pop/rock bands. How about we talk about Maroon5 and OneRepublic for example. Sure, these bands aren’t exactly EDM making bands but are all their tracks completely rid of electronic music? Nope.

In some form or the other, may it be a synth, a vocal chop or loop, bands today are using electronic elements in their music. Its not a 100% recording out of your musical instruments and that’s okay. Cos that’s the sound of the music of our generation!

OneRepublic’s Rich Love was produced by Norwegian producers – Seeb. OneRepublic also collaborated with Kygo on one of his recent tracks Stranger Things.

So now that we’ve covered pop music lets move on to the one genre that has been using electronic elements right since the beginning – Hip Hop and Rap. How the hell do you think the beats for all your hip-hop and rap tracks are made?

I’m not gonna give a lot of examples here. Lets just take one of the most successful hip-hop producers for example here:

So yes, there you have it. Electronic music is a part of Pop, Rock & Hip Hop music. If you still think you’re losing out on this argument use the following 2 wild cards: Calvin Harris & The Chainsmokers. There isn’t a person out there who listens to music and hasn’t heard and liked at least one track by either Calvin Harris or The Chainsmokers. You’re sure to win an argument there.

I get the fact that when people say they ‘don’t like’ EDM they mean big room, electro house, trance, trap, tech house. But that’s not all electronic dance music there is and that’s why it’s impossible for someone to hate EDM entirely. You’re not really converting your friends to EDM lovers, you’re just showing them that they’re already fans of EDM. Then whether they prefer pop tracks or hard-core trance is another conversation.

Do you have any friends who think they don’t listen to electronic dance music? Don’t forget to tag them on this post. 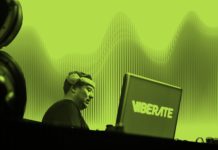