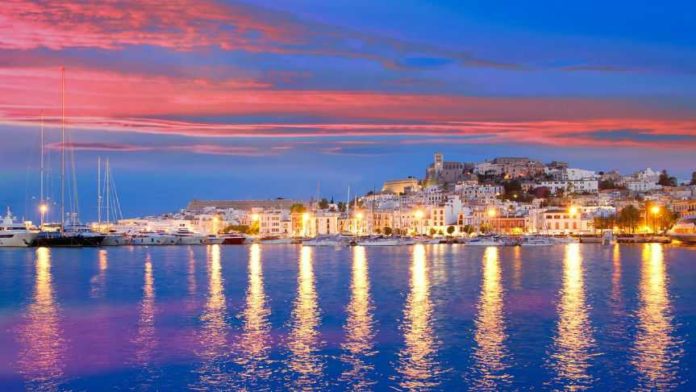 Summer and Ibiza, two words that go hand in hand when it comes to dance music. The global dance capital, and the only place to be every summer, Ibiza promises to bring you the best acts in dance music.
From Armin van Buuren’s, Kygo’s signature appearances to brand new artists debuting their first Ibiza gig, the season brings a party like no other. We’ve set up a list of the best parties and residencies this summer, for you to party your heart away in Ibiza. Check it out!

Info: Ushering in Ibiza’s 2017 Summer season with their devoted colony in tow, ANTS are proud to return to their rightful home of Ushuaïa for their 5th year as Saturday residents. Info: As the island looks to the future and enters an exciting new chapter with the launch of Hï Ibiza, the club’s Opening Party on Sunday 28th May will welcome the biggest stars of the scene, including many of Ibiza’s best loved DJs along with an array of extraordinary new talent. Info: The event will stay in its home of Destino – Pacha’s luxury resort – but promises a newly renovated set-up for the 2017 season; the new layout will maximise the stunning clifftop, sunset setting that the Talamanca-based hotel is known for.

Info: Following up their debut year in the extravagant surroundings of Pacha, Maceo Plex’s flagship party continues to be the exception to every rule as it assembles an arrayed lineup from the vanguard of electronic music.

Info: The popularity of ‘My House’ is ultimately down to Solveig’s impressive skills as a DJ and his ability to recruit the best and brightest acts in dance music today. The residency flaunts an eclectic cast each year, with Mark Ronson, M83, Diplo and Blonde all making their mark last summer.

Info: South African selector Black Coffee has been announced as a resident at the newly unveiled Hï Ibiza (formerly Space) for an 18-week stint. Set to take centre stage for each showcase, it will be his first Ibiza residency and aims to showcase the genre he has become a true ambassador for, to the next generation of clubbers on the island.

Info:Defined by a whirlwind of incredible tech house, inflatable infusion and fancy dress fanatics, elrow has now revealed it’s change of home for a highly anticipated residency at Amnesia Ibiza. Info: Known for their spectacular parties, Together will host their events at Amnesia nightclub – one of the most famous clubs in the world. They are not holding back on the bookings either, with several huge names across various genres all making appearances as the season progresses. Info: Packing four epic parties into a single ticket priced from €75, party-lovers will first unite at the Rio Ibiza pre-parties, then set sail in the beautiful Ibizan Sea on Pukka Up’s open top boats; followed by after parties at Together at Amnesia (Tuesdays) and Pukka Up’s new in-house night ‘Tropical Wonderland’ at Eden (Saturdays), before finally ending up at the island’s best pool parties: HotBed presented by Abode at Ocean Beach Ibiza (Tuesdays) or Cuckoo Land Ibiza Rocks Pool Party presented by Do Not Sleep (Saturdays).

10. Hï Ibiza presents In The Dark Info: For its third season on the island Glitterbox will take over Fridays at brand new club, HÏ Ibiza, every week from 9 June – 29 September (excluding 4 August). Expect mind-blowing state-of-the-art production, bigger line-ups and their now infamous dance crews out in force. These weekly extravaganzas will feature a well-crafted blend of contemporary, obscure and sought after Disco and House collectables, alongside anthems and classics. Info: Partnering up with the premier open-air club for a second year, Tinie will be bringing his world renowned Disturbing Ibiza concept to the White Isle every Friday for fifteen consecutive weeks from 9th June to 15th September. Following on from last year’s success, which saw thousands of partygoers in attendance each week, this year Tinie Tempah and DJ Charlesy will be back to curate and host some of the hottest parties on the white isle this summer. Info: From domestic breakthrough to world-beating brand, London-bred ABODE announce their return to Sankeys Ibiza this coming season; promoted to centre-stage of a prestigious schedule, in the past filled by the revered VIVA. Info: For the first time since 2014, much loved promotions Magna Carta and Faction are linking for a season of sure-to-be-sensational events in Ibiza. The venue for this is the vast Eden, which has just emerged from a top-to-bottom renovation and is once again the talk of the town, so is more than ready to host the likes of Leftwing & Kody, Dale Howard, Cera Alba, Apollo 84, Rich Wakley and many more. Info: Taste The Punch are stepping it up for their first overseas adventure. Alongside the high quality names already announced, expect a wide spectrum of unmissable artists at the top of their game, and a showcase of DJ’s that continue to drive dance music culture in every corner of the globe. Location:  Hï Ibiza, Platja d’en Bossa, 07817, Balearic Islands, Spain
Line-up (highlights): Armin van Buuren | Sunnery James & Ryan Marciano (further artists to be announced)
Info: Armin van Buuren is no stranger to the White Isle, a place he loves more than anywhere else in the world. He’s held numerous residencies there over the past 12 years, including for his highly successful A State Of Trance party at Ushuaïa Ibiza in 2014 and 2015 where he captivated clubbers each week with his seamless and inspired selections. It’s with this same passion for Ibiza and ability to transcend boundaries between his music and the audience that he now brings to U R at Hï Ibiza, the concept of which will blend the beauty and spirituality the island is so well known for.
Website: https://www.hiibiza.com/en/2017/armin-van-buuren

Info: Having entered the Ibiza scene in 2012, Jamie and the Paradise family will be returning to the White Isle to takeover Wednesday’s alongside the best names in electronic music for what’s set to be the club night’s fifth and biggest year to date.

Info: Every Thursday from June 29th till September 28th, Tale Of Us will host a wide range of the most respected and exciting DJs and live acts around, and some emerging talents.

Info: Experiencing massive success during his exclusive three-part residency at Ushuaïa last year, Kygo will be returning to the no 1 open air club this summer to redefine Sunday nights on the island. Kicking off on 9th July, Kygo will be taking over the decks every Sunday evening through till 10th September for ten consecutive shows that promise to be nothing short of spectacular. Info: With a nod to the old school, to the hedonistic early days of Ibiza when rave ruled, Carl Cox will be setting up camp at leading super club Privilege for some no nonsense, no frills house and techno parties alongside the world’s finest selectors. Info: Confirmed for the first six parties, British legends Sasha & John Digweed have been announced for an exclusive Ibiza residency, with the pair making no other appearances together on the island this summer.

So which ones do you plan on attending? Don’t forget to let us know in the comments’ section below.