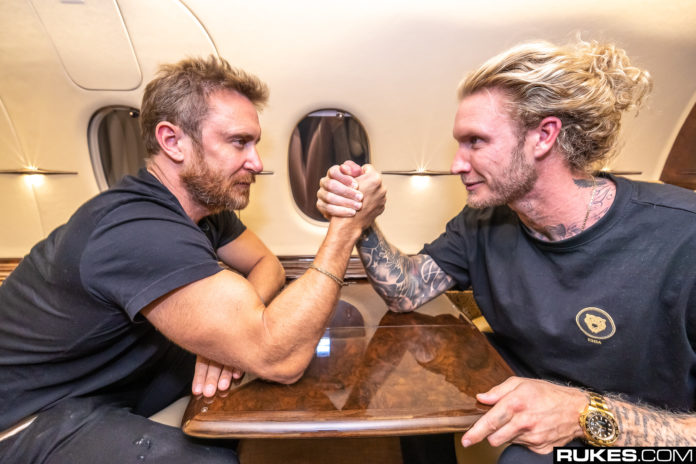 The pandemic shattered the world into pieces. As we continue to fight the Covid-19 virus, life is starting to return to normal. During this darkest year, we can be thankful for some of the artists who became beacons of hope and inspired us, as is evident in this list of the Top EDM Songs 2020.

We present the top EDM tracks from the year 2020, no matter the order in which they became a huge hit during the world’s lockdown.

In a sad twist of fate, after Avicii’s departure from Ultra Music Festival announced a long-planned collaboration, his long-teasing has finally come to fruition. Having picked it back up from the ashes has been a great act of regeneration for Kygo. Both tell a story through the song of how the two of them inspired each other’s music, while also reminding us about how timeless Avicii’s music was.

Illenium concludes his journey of Ashes, Awake, and Ascend. As the artist describes it, Nightlight is an extremely fitting debut track both for the artist and for fans as it marks the next phase in their lives and their music.

The second half of the song will surprise dancers and is one of the reasons it was nominated for a Grammy.

With his evocative vocals, feet-tapping chords, and encouraging lyrics, Martin Garrix knows how to win over listeners. As well as reminiscing about older Martin sounds, the track pays homage to his first experiment “There for you”.

James Arthur maintains the tropical spirit in this new collaboration with the King of happy feel-good music.It brings together his old sound and a modern era of pop sounds.

It was probably the only way to get over what happened in 2020. “Mirror” is Porter Robinson’s latest emotional offering from his new album “Nurture” and stands out as one of the finest songs. It takes us back to the good old days of “Shelter”.

Diplo proves once again that he can turn anything into gold. The song is a dance floor heat to which the Grammys also agree.

Despite tightening up the weirdest sounds, Flume still manages to make the best song ever, giving Drum n Bass a new spin. In addition to showing us how vivid the artist’s imagination is, the music video tells us what kind of artist he is.

Melodic Techno Giants’ remix is a perfect homage to the legendary track by Robert Miles. It has been done well, and the live set video is evidence that we are still in a trance after listening to it.

In his long career, Tiësto has always been the one to make a new sound a hit. Tik-Tok and Instagram reels made this track a viral sensation, and a new wave of deep house music emerged from it. In addition, the music video captures the weirdness of the genre.

In this remix, new entrant Imanbek has produced our track of the year. Social media picked up the viral hit, which got the Grammy and also made history as he is the first winner from Kazakhstan. Like in the video, the track takes us on a ride.

When it comes to social media hits, this is unbeatable. Emily’s soft voice and the smooth groove of the track transport us to the Balearic islands on a warm summer evening.

The collaboration track has given a powerful message “Sometimes you have to let someone go.”. As the first single from his studio album “Golden Hour”, the video also introduces us to a totally new side of Kygo.

“All we need is good things” and Sam Feldt has given it to us. A blend of his old sound and new sound, along with the charismatic voice of RANI, shows that he is up to something and this is just the beginning of what he will accomplish in the future.

Clearly, Marshmello isn’t just a gimmick; he cares for his fans. Demi Lovato encourages us to embrace our feelings by talking about mental health. It is also reminiscent of the days of Retro-pop.

16. Lay Your Head On Me – Major Lazer ft Marcus Mumford

This was another one we needed to get through some tough times this year. Marshall Mumford’s comforting voice gave us some peace. In addition, Major Lazer enlisted the help of 200 artists from around the world to make the music video.

Oliver Heldens no longer needs to prove that he is the king of summer anthems. Taking inspiration from ‘Yazoo’s’ 1982 hit “Don’t Go”, the drop fully incorporates the melody of the song, while referencing some of the lyrics from ‘First Choice’s’ 1977 song “Doctor Love”. Additionally, it was one of the most played songs that year.

The perfect sequel to the world’s biggest hit. Following on from “Alone”, this track gives us goosebumps with its orchestral arrangement and entrancing voice. Walker has come a long way and proves that his unique sound will be heard around the world.

It’s no wonder that Annika Wells’ name has been on everyone’s lips. Slander and William Black bring us the classic sound of melodic dubstep and future bass. Additionally, the music video introduces Slander’s fresh visual style, which makes them stand out at live shows.

Apparently, only Dj Snake can cause a riot with his songs, and this one caused the biggest. He goes ahead and proves he’s more than just a hit maker, but also means serious business. When played live, the song is truly an avalanche of chaos.

When two genre-defining artists come together, you know it will be a wild ride. Voices is one of their sweetest EDM tracks, produced with their usual feel-good future bounce vibes.

When it comes to viral hits, Timmy Trumpet cannot be ignored. The track became a sensation on tik-tok and Instagram and brought future house music into the mainstream category.

David Guetta premieres this one at the first of his unique live stream series during the pandemic. With its uplifting trance music vibe, Morten delivers a high-level MainStage banger.

A sleeper hit, German DJ, producer and label owner HOSH teams up with Italian newcomer 1979 bringing back fan favourite poem from “The Hunger Games”. A scintillating slice of melodic house, with vocals by London based singer Jalja,the track crafts a sparse, emotive soundscape that lingers long in the memory. The stunning official video sees Tim Burton-reminiscent animation that acts as a perfect visual representation of the track’s eerie yet emotive vibe.

With this one, Don Diablo once again lifts our spirits. As a producer Don Diablo wishes to explore different sonic boundaries and add a fresh flare to his music, according to him, a move that has proven successful.His weird synth drop tells us exactly what his guilty pleasures are.

EDM News Akshay Bhanawat - May 27, 2022 0
The Tomorrowland Academy will soon offer a home for kids, youngsters and adults who want to learn to produce and become a DJ. ...

Editorials Akshay Bhanawat - May 27, 2022 0
Society today allows the LGBTQIA+ community to be loud, proud, and present, and queer aesthetic is a significant part of modern culture. We have...

EDM News Akshay Bhanawat - May 27, 2022 0
David Guetta’s ‘FUTURE RAVE’ is heading to Hï Ibiza for an exclusive 17-week residency this summer and the artists are set to join the...

featured Akshay Bhanawat - May 27, 2022 0
Following the release of recent singles ‘DOPAMINE’, ‘BLACK MAGIC’ and ‘INTO THE UNKNOWN’, legendary electronic figure Hardwell fires up the next single from his...

Music Akshay Bhanawat - May 27, 2022 0
Dutch bass house producer Kage returned to Monstercat today, unveiling the rest of his anticipated bass-heavy EP, ‘The Chase.’ Featuring collaborations with MASTERIA, Asdek,...
ABOUT US
What started as an interest, slowly turned into a passion, and before we knew it, we had curated and founded a thriving community of avid electronic dance music lovers.
FOLLOW US
© Copyright 2022 - T.H.E Music Essentials