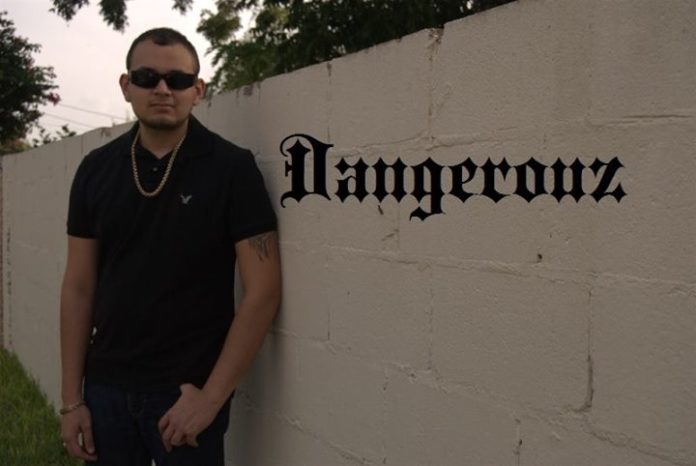 Rising talent Dangerouz is quickly becoming one of the most talked about up-and-comers within the Dance music scene.

Jesse Garza, the man behind the Dangerouz stage-name has been the mastermind behind some remarkable releases, making a name for himself with wonders such as: Evolve, Criminal Mind, The Purist, Brenessy, Afterparty, Puma, Candyman, Bounce It E.P. and his most renowned hit Dynasty, earning a place on Beatports Top 100 Electro House chart.

Aside from being a seasoned producer, the Texas based talent is also highly in-demand on the DJing front, landing multiple supporting artist spots for heavyweight names including the likes of Alex Peace.

Dangerouz has recently continued his streak of top-notch projects with another banger called Happy Faces and Matt Caldwell PR decided to have a chat with him to get a behind the scenes insight into the workings of this track.

Matt Caldwell PR – Hi Dangerouz, thanks for talking to us. How are you today and whats going on in your world right now?

Dangerouz – Im great thanks for chatting with me! I signed a licensing agreement contract with a pretty well-known record label a few moments ago – you can expect a nice Electro House release soon!

Matt Caldwell PR – Youve recently released a new single by the name of Happy Faces. How did this project come about?

Dangerouz – Well, a few months back I started listening to Indie Dance, Nu Disco and Deep House non-stop and I instantly became addicted to the sounds and style. I got pretty inspired, rushed into the studio, and got right to work.

Matt Caldwell PR – How would you describe this single in terms of sound and style?

Dangerouz – This single really feels stellar. The style has a lot of soul and emotion – I found that was the secret behind this genre. Happy Faces really encompasses a nice Indie Dance feel with my own personal twist.

Matt Caldwell PR – What got you inspired for this one?

Dangerouz – I started listening to tracks produced by Enki Nyxx. The name Enki Nyxx is an alias for Chrizz Luvly. Ive been a huge fan of Chrizzs ever since I started DJing. I fell in love with his tracks and I would listen to every single track from top to bottom. It instantly got me inspired to produce.

Matt Caldwell PR – How long did it take to finalise this single?

Dangerouz – It took roughly 2 weeks to finish. Getting everything to sound right always takes time. Its always the little adjustments that make the most difference in the end result.

Matt Caldwell PR – Could you walk us through the production process behind Happy Faces?

Dangerouz – First I found a nice solid kick, after I had that – I scoured my drum samples and found a nice solid snare and some nice tops. I laced that out on some tracks and made my intro. I then added NI Massive and started to work on a breakdown. I played some notes on my piano till I got a pattern I liked. Then, I worked on my drop leads, most were made with Massive. I added a drumroll with a low pass filter and I polished up the bare track with some neat FX and vocals. Happy Faces had been created at that point. All I had left to do was side-chain my leads, mix-down, export, and master.

Matt Caldwell PR – Which plug-ins and sounds shaped the end result of this production?

Dangerouz – Most was made with Massive and there is one part where I used Serum.

Matt Caldwell PR – This is part of a series of top-notch releases you had this year. How does it feel and what kind of other developments do you predict now?

Dangerouz – It feels awesome. I made it my goal to work hard and release as many tracks as I could this year. Now Im just trying to finish 2015 strong and make as big of an impact as I possibly can. My schedule is very busy now and the future looks bright for Dangerouz.

Matt Caldwell PR – Happy Faces got signed by Sublabel Records – how did you spark a relationship with this label?

Dangerouz – Grimey Grooves is the main record label that started Sublabel as a side label geared toward releasing House and other bright synthed genres. Ive established a great relationship with label coordinator BMV and producers within the label. I had my eye on Sublabel for a while and I produced Happy Faces especially to fit the realm of Sublabel Records.

Matt Caldwell PR – Where would you imagine this single being played?

Dangerouz – I can see Happy Faces being played at The BPM Festival in Playa De Carmen, Mexico.

Matt Caldwell PR – Why should people listen to Happy Faces?

Dangerouz – I think people should listen to Happy Faces just to see what Dangerouz has to offer. It shows how versatile I can be and how much I have grown as a producer this past year.

Dangerouz – Right now I just have an upcoming collaboration with STARX called Monster. It is really starting to sound intense on so many levels. All I have to say is – be ready…