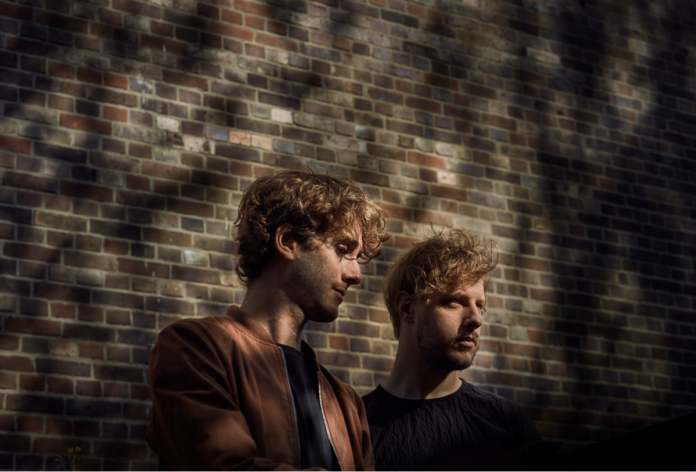 A remarkable seven-track opus combining neoclassical, modern composition with ambient soundscapes and vanguard electronica, Plano and Vos’s expert fusion of cutting-edge production techniques with contemporary musicianship shines through across the exceptional long-player, as the newly formed duo deliver a beautiful catalogue of diverse, thought-provoking records into one truly impressive and timeless collection.

We caught up with the duo to learn more about the album and how it came about!

Sebastian Plano & Maarten Vos – Hi, thank you for having us!  Well, surely this is a tricky year in many ways; we got so many projects cancelled this year, tours and collaborations but like everyone else, it’s a moment be patient and stay focused. Creativity is a fundamental part of our days these months.

But most importantly, we are lucky, there are many people out there that are really

struggling at the moment, we can only hope things get better soon.

T.H.E – Super excited about your album that lands this month. It’s a debut in terms of it being a collaborative project. How did it come about, and what made you guys decide on this as the best time to release the album?

Sebastian Plano & Maarten Vos – Yes the album comes as a result of improvising together for a week at Sebastian’s studio back in 2016 in Berlin. It was pretty much, making music all day/night long with a few walks in parks and coffee and beer breaks. Then Sebastian made arrangements from more or less 60 hours of improvisation we ended up with and he edited the 7 tracks of the record.

We found this time was right to release it, it’s a pretty contemplative record which would be nice to put out in the Autumn.

T.H.E – The title is pretty interesting – &. What is the message behind it?

Sebastian Plano & Maarten Vos – We wanted to create one meaning between two words, creating a small story in each track. The centre piece is “One & One”, being rather literal and representing sort of the sameness in respect to both of our musical upbringings; we both play the cello as our main instrument and are classically trained and both are working with all sort of electronic instruments in our music.

T.H.E – How long has the album been in the works? It must have been difficult to work together, what with the lockdown and everything? How did you guys coordinate?

Sebastian Plano & Maarten Vos – The album was created out of a marathon week of improvisations that we did back in 2016, we then ended up with about 60 hours of recorded music. Later on, Seb did the arrangements of the tracks and mixed the record. The record was basically done in 2017, then we decided to finally release it this year.

T.H.E – As we understand, the album features no other artists, apart from you two. Was that a conscious call?

Sebastian Plano & Maarten Vos – We planned this week making music together without the plan to release an album, just two friends making music together. Listening to the takes afterwards we thought it would be a nice idea to edit and arrange the material that we had into a full-length album, so we went for it!

T.H.E – Were there any artists/sounds that you guys constantly sourced inspiration from, for the creation of the album?

Sebastian Plano & Maarten Vos – We were inspired by each other’s approach of creating music, this resulted in some interesting combinations of sound design, composition and recording techniques.

We were experimenting a lot during that week and listening to some old jazz during coffee and beer brakes.

T.H.E – The album contains 7 tracks. How many didn’t make the cut?

Sebastian Plano & Maarten Vos – There were many different bits that were interesting, but they wouldn’t come together as a track and most importantly we didn’t want to force any of the processes. Seb was working on the arrangements putting the tracks together and one of the most important things during the process was to have an arch throughout the record, one that would create a narrative from start to finish.

T.H.E – What does 2021 look like for you? Are there any plans you would want our readers to know about?

Sebastian Plano & Maarten Vos – Indeed, we can give some hints!  Seb is on the works for his upcoming new solo album, as well as working on another collaboration project and Maarten is working on his solo album at the moment which will be released at the end of 2021.