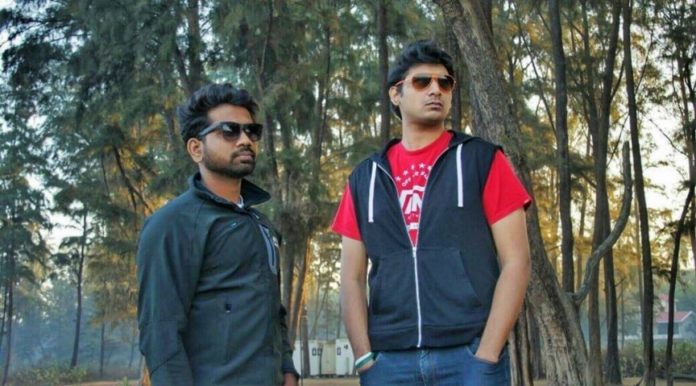 We caught up with the duo and discussed how ‘Solstice’ came about and their plans for the rest of 2016. Read our chat below! 🙂

T.H.E – Hey guys, thanks for talking to us. How are you today and what’s going on in your world right now?

Ameya and Joy Gohil – Thank you for having us guys,firstly. Secondly, a lot seems to be going on, specially with the release and we are really excited. We are producing more tracks for upcoming releases, some gigs in the bag and then work on the personal front too. So we’d say life’s good *touch wood* 🙂

T.H.E – For readers who might not know a lot about you, could you give us a background of how you guys got inspired into becoming a DJ/Producer duo?

Ameya and Joy Gohil – Funny thing, we never aspired to become an artist-duo / DJ /producers AT ALL. But as as most unexpected things, this too is one such result and the pieces just fell into place y’know. Joy’s been playing the keyboard/piano since age 6 and picked up guitar during school, so music seemed like a viable career option. He has also played live with bands over the years, produced music for a bunch of projects and he randomly got in touch with Ameya. “We go back a long way as we were in the same college. We decided to meet n work on something and went ‘heyy man, lets do this’ LOL.” We are trance genre fans because melodies and harmonies come naturally to us. So we tracked a few rough ideas down n realised we needed something more concrete. We got our ‘big break’ in 2013 when we opened for Above&Beyond on their India ABGT Tour, yes, were ‘those’ guys !

T.H.E – You’ve recently released a track by the name of ‘Solstice’. How did this come about? What got you inspired for this one?

Ameya and Joy Gohil – Yes we did! This is really amusing cos our friend – Akshay who is also the founder of T.H.E – Music Essentials and T.H.E – Recordings, happened to hangout with us whilst deciding names of the track we produced and Ameya had Akshay’s name on his phone stored as ‘Banawt’ (while originally being Bhanawat) and it seemed to sound like ‘burnout’ (the incorrect spelling) so we kinda went through with that as a working title and then we did a photo-shoot and realized its more suited to cosmic references , this track. Hence, Solstice 🙂

T.H.E – How would you describe it in terms of sound and style?

Ameya and Joy Gohil – It’s got a very typical style, you can tell when you hear it that ALL the parts are played out personally by Joy on the keys. It’s got some old school elements in there but yet some fresh progressive feels. We wanted to layer it with some atmospheric vocals but it wasn’t fitting in so we thought of leaving it as an instrumental single release.We also locked down and played parts out that came naturally. It wasn’t a genre biased decision at first, but eventually what we had was around 8-10 parts layered with synth/strings/pads for different sections and we kinda tried all combinations to hear what sounded best with which part, so the arranging process was a bit tedious but totally worth it. To put it simply – Melodic, emotional and lots of energy 🙂

T.H.E – This is your first official release ever! How does it feel?

Ameya and Joy Gohil – It feels great, man ! It was well overdue we’d say personally. The other hindrance is tackling studio time with odd hours of work and day jobs. Ameya is usually never in town because his family business is set out of Mumbai, so constantly working and emailing project files to each other and re-sending it to and fro delayed the process but we have managed to resolve that issue now, so no problemo amigo!

T.H.E – Considering that you plan to work together going forward, how do you plan to ensure that the combination of your talents perpetually produces quality?

Ameya and Joy Gohil – Yes, we do plan on working together. It may have started as something minute, but we want to make it a brand. Down the line plans include working on ads, jingles and even sound design for feature films, while obviously still producing trance. What counts today is the finished product, we’ve come a long way since mixing on absolute shite headphones,lol. We now have our own space to work in comfortably. We believe that quality comes with constant work and dedication. From listening to fresh music from all genres, we draw inspiration from almost anything that has a pulse.Working since more than 3 years now, we know our strengths and we distribute our work accordingly. Joy’s forte being compositions, live instruments, song writing and me focusing on the sound design, mixing and mastering, etc. It’s all about synergy.

Ameya and Joy Gohil – Well, 2016 looks really promising as of now for us. The plan for the first half of 2016 is to get solid 5 tracks under our name for releases for international labels. The second half would be primarily gigs and playing festivals. We’re mainly taking time to focus on a live set-up which is essentially our USP. Ameya will handle the decks while I take charge of live instruments. We believe there’s more emotion in actually playing the parts out live, it sounds different with each live gig with a different crowd rather than playing just a DJ set. We intend including a vocalist too for our live acts. More gigs and releases this year, Inshallah 🙂

Ameya and Joy Gohil – That’s really difficult at this point since we don’t personally listen to too much Trance these days (except when we’re producing) but mainly the new Sia album,Above & Beyond – A. I. (Original Mix), Bt, Super8 & Tab – Aika, Iron Maiden (Joy’s biggest inspiration). We listen to a lot of piano virtuosos, so Ludovico Einaudi, Haywyre (new EDM artist I’ve been digging) and just some old school 90’s pop (huuuuuuge fan of pop).

T.H.E – Thanks guys! Wish you the very best in your future endeavours.

Ameya and Joy Gohil – Thanks a lot matey, it was our pleasure 🙂 Peace! Dance. Love. Support.

You can listen to or purchase ‘Solstice’ below.