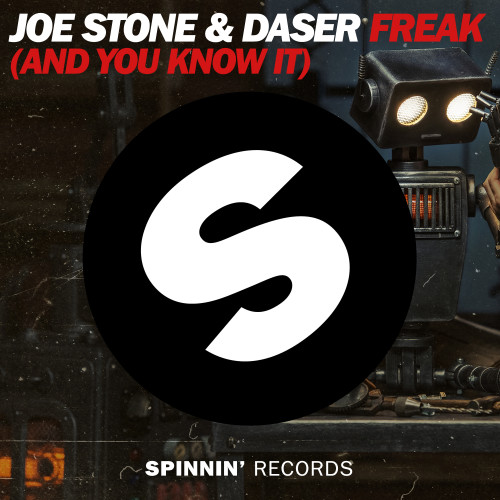 After dropping his debut single ‘The Party (This Is How We Do It)’ featuring the original vocals of 90s star Montell Jordan, his name was immediately set.

The track (a cool house groove featuring 1995 R&B elements) remained on top of Beatport’s main chart for over a month, getting support from DJs like Martin Solveig, Oliver Heldens, The Magician and Watermät to Martin Garrix, Don Diablo and Afrojack. The video currently counts over 7 million YouTube plays, making Joe Stone’s debut one of the most legendary in recent dance history.

And now, after a couple of weeks going round as an ID track (making the online community think it was the new Oliver Heldens record), it’s been revealed ‘Freak (And You Know It)’ is the sophomore single by Joe Stone, working together here with dance act Daser. The full track comes out October 12th, the radio edit of the track already went live today – get ready for another house trip into 90s nostalgia, bound to raise some attention once more..

Listen to Joe Stone & Daser – Freak (And You Know It) (Radio Edit) below.