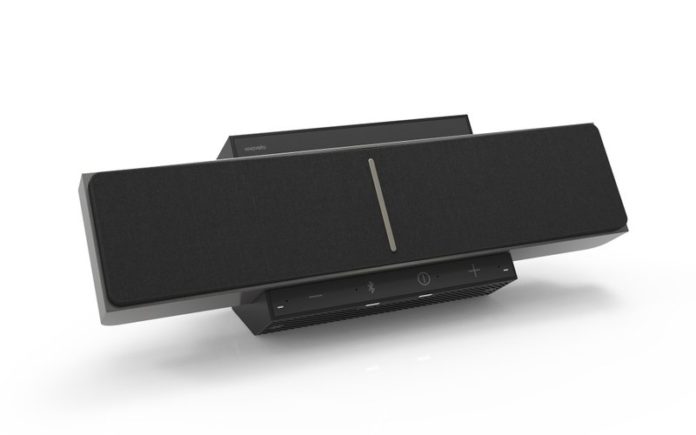 In an almost unbelievable technological advancement, there is now a new device that can beam 3-D sound right into your head without headphones or any other physical devices connected.

The prototype for this device is already out and the technology is set to hit the market as soon as 2021. The new futuristic audio technology comes from an Israeli company called Noveto Systems.

As explained by EDM.com, the Noveto Systems SoundBeamer has the ability to create a personalized sound bubble by broadcasting music directly into the listener’s head. That means no one around the user can hear the sounds beaming from the device.

Creating an immersive 360° listening experience, this beaming device leaves early individuals demoing the device in almost disbelief. Speaking about the experience SoundBeamer Product Manager Ayana Wallwater said, “Most people just say, ‘Wow, I really don’t believe it.’ You don’t believe it because it sounds like a speaker, but no one else can hear it…it’s supporting you and you’re in the middle of everything. It’s happening around you.”

In a release to AP News, the company explained how the lack of headphones means it’s possible to hear other sounds in the room clearly. They went on to say the technology uses a 3-D sensing module and locates and tracks the ear position sending audio via ultrasonic waves to create sound pockets by the user’s ears. Sound can be heard in stereo or a spatial 3-D mode that creates 360 degrees sound around the listener, the company said.

Speaking about the innovative concept, Noveto Systems CEO Christophe Ramstein said even he finds it hard to put the concept into words. “The brain doesn’t understand what it doesn’t know,” he said.

He went on to say, “You know, I was trying to think how we compare sound beaming with any other inventions in history. And I think the only one that came to mind is… the first time I tried the iPod I was like, ‘Oh, my God. What’s that?’ I think sound beaming is something that is as disruptive as that. There’s something to be said about it that didn’t exist before. There’s the freedom of using it. And it’s really amazing.”

While the current prototype is a desktop version, he said a “smaller, sexier” version of the prototype will be ready for consumer release in time for Christmas 2021.