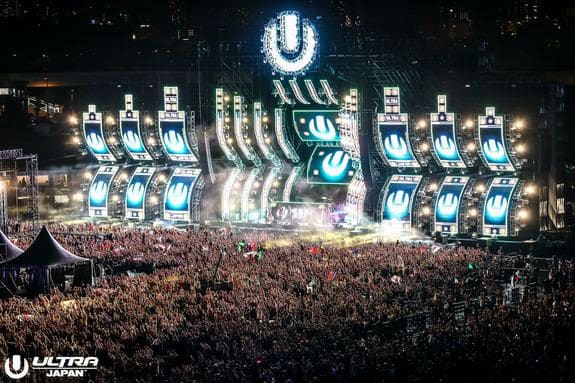 ULTRA Worldwide, just wrapped another historic tour in Asia, which saw over 400,000 people attend 17 events on the continent in a four-month period during 2017.

Spanning nine countries, ULTRA Worldwide further expanded its presence in Asia in 2017, with ULTRA China, Road to ULTRA India (Mumbai and New Delhi) and multiple standalone RESISTANCE shows in Bali, each making their debuts in the region. So lets start off with some key highlights from the tour!

1. ULTRA LIVE, presented by UMF TV, attracted an unprecedented 25 million viewers to watch the livestreams in China, India, Japan and Singapore. The festivals in Shanghai and Tokyo were hosted on YouTube, Tencent and Panda TV, while ULTRA Japan was also streamed via LINE Live. All in all, ULTRA LIVE saw an incredible 20 million viewer increase across its Asia livestreams in 2017, serving as yet another reminder of ULTRA’s ever-increasing global appeal.

2. In June 2017, ULTRA Korea returned to the capital city of Seoul for its sixth anniversary, welcoming upwards of 120,000 fans to the immense Olympic Stadium, officially cementing its position as the largest two-day electronic music festival in Asia. Over 80 world-class acts came together across the Main, Live and RESISTANCE Stages – the latter of which made its highly lauded debut. Word is that ULTRA Korea will be returning in 2018 as a three-day festival! Get ready Ultranauts ;) 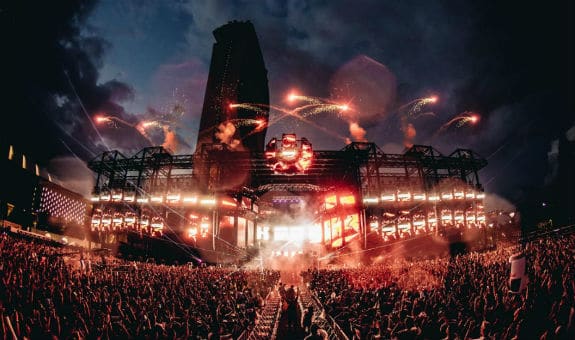 3. Produced on the same weekend as ULTRA Korea, for the first time ever, ULTRA Singapore returned to its home at Bayfront Avenue to deliver another ground-breaking program of DJs and Live talent. Even with a heavy downpour on day 1, with over 50,000 in attendance across the two days, this was ULTRA’s most successful outing in Singapore to date.

4. ULTRA’s inaugural foray into India saw two editions of Road To ULTRA India on the subcontinent; one in New Delhi and the other in Mumbai. Headlined by The Chainsmokers, both events sold out, welcoming 15,000 and 12,000 fans respectively. 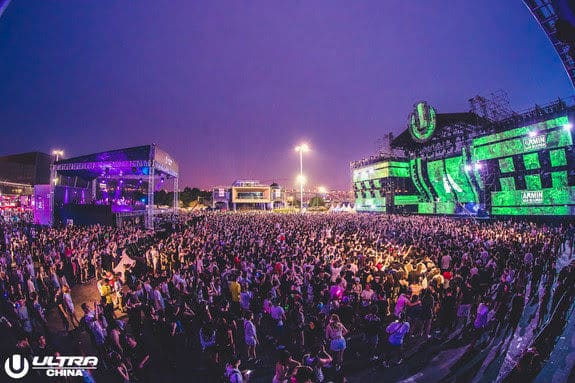 5. ULTRA China became the latest addition to the ULTRA Worldwide stable of events in 2017 and demand was unprecedented. 40,000 fans attended across two days at Shanghai’s Expo Park, ensuring a fully sold out event in advance. Acts including Armin van Buuren, Carl Cox, The Chainsmokers, Martin Garrix, Porter Robinson, Sasha | John Digweed and more, all contributed to what was a landmark show for ULTRA Worldwide.

6. Road to ULTRA Taiwan sold out completely one month early in 2017, smashing its own attendance record by an incredible 8,000 people as 25,000 Ultranauts packed into Da Jia Riverside Park on September 10. Headlined by The Chainsmokers, Martin Garrix and Zedd, Road to ULTRA Taiwan also saw three times the amount of international visitors this year compared to years past.

7. ULTRA Beach Bali became the centerpiece to an entire week of events on the ‘Island of the Gods’ in 2017, titled ‘Bali Music Week’. With an opening party and RESISTANCE club nights operating throughout the week, ULTRA Beach Bali ran its most successful edition to date, selling out with well over 10,000 people flocking to Seminyak’s Potato Head Beach Club across two days. The first ever ‘Bali Music Week’ ended with one of the greatest techno parties the island has ever seen, with thousands in attendance at Ku De Ta to witness legends Carl Cox, Joseph Capriati and Sasha | John Digweed perform at the RESISTANCE Bali Closing Party.

8. Manila’s Mall of Asia Arena played host to Road To ULTRA Philippines’ third annual outing, where Hardwell, Zedd, Rezz, Sam Feldt and Getter among others played to a crowd of thousands, while Road to ULTRA Hong Kong returned for its second edition with a SOLD OUT 9,500 strong crowd dancing to the beats of Hardwell, Kygo and Zedd in the center of Hong Kong’s sprawling metropolis. 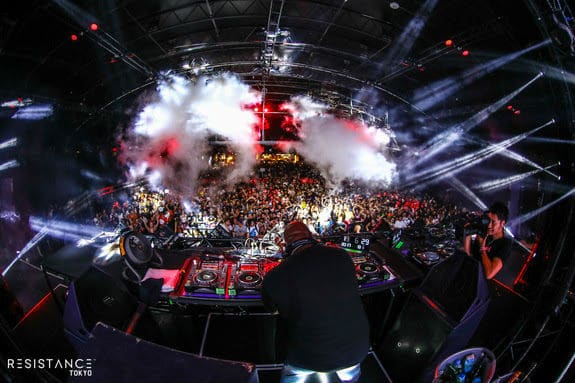 9. ULTRA Japan, the grand finale to ULTRA’s onslaught in Asia, once again sold out for the fourth consecutive year, with 120,000 fans attending the three-day extravaganza. Complete with brand new, cutting-edge stage designs for both the Main Stage and RESISTANCE, ULTRA Japan also became the fourth country on the ULTRA Worldwide calendar to host a Live Stage. Debut performers at the festival in 2017 included Carl Cox, The Chainsmokers, Empire of the Sun, Joseph Capriati, Porter Robinson, Seth Troxler, Steve Aoki and Underworld among many more. RESISTANCE Afterparties, hosted at Tokyo’s Womb, followed the event each day, featuring the likes of Seth Troxler, Stephan Bodzin, Nic Fanciulli and Joseph Capriati.

10. A very important thing to note here would be that all of the ULTRA events in Asia excluding ULTRA Korea & ULTRA Singapore, actually took place between the 7th and 18th of September. That’s 12 major events in 11 days! More so, the shows in Bali, China, Hong Kong, India, Japan and Taiwan were all sold out! Now that’s what we call a successfully pulled off party ;)

Having smashed its own records yet again, ULTRA Worldwide continues to live up to its reputation as the most successful international festival producer in the world, with no other festival brand coming close to accomplishing the worldwide domination ULTRA has. With its two Asia legs in 2017 now complete, all eyes are focused on Latin America.

Commencing on October 6, ULTRA will begin its most ambitious tour of Central and South America to date, putting on separate events across nine countries in just ten days. With debut RESISTANCE shows taking place in Rosario, Córdoba and Medellín, the return of both Road To ULTRA Peru and Road to ULTRA Chile, the first edition of ULTRA Mexico, the expansion of ULTRA Brasil, and the return of RESISTANCE to Buenos Aires over two weekends, ULTRA are set to wrap the calendar year in exquisite fashion.