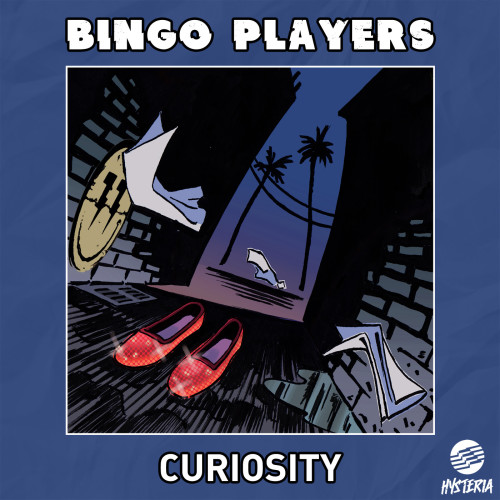 Dropped for the first time at EDC Vegas to an incredible reception, and receiving its radio premiere with dance music don Danny Howard on BBC Radio 1, ‘Curiosity’ has already received outstanding support from the likes of Hardwell, W&W, EDX, David Guetta, Oliver Heldens, Dannic and many other prominent names. With high demand for the track’s identity, Maarten decided to give it away for free to his fans via his SoundCloud as a thank you to those who have given him so much support. The high-energy track sees Maarten channeling the old works himself and Paul propagated with vigor such as ‘Chop’ and ‘Devotion’. With classic stabbed house piano chords perfectly complementing Bingo Players’ catchy hook-driven low-end, he creates a truly invigorating record from start to finish.

The music video capitalizes on this vitality and focuses on individuals forced into compulsory dance moves due to the track’s unabated beat. Bingo Players’ own brand of hook-heavy dance music is aptly visualized in the video, with neon lights and bright colors emphasizing the vibrancy of the track itself. Focusing on three individuals, and different types of dance from street to break, the video demonstrates the figurative ‘shoes-off’ nature of the track and thus provides as the perfect companion to Maarten’s production.

The track is also available to stream now via Spotify and to purchase on all other digital outlets via Hysteria Records.