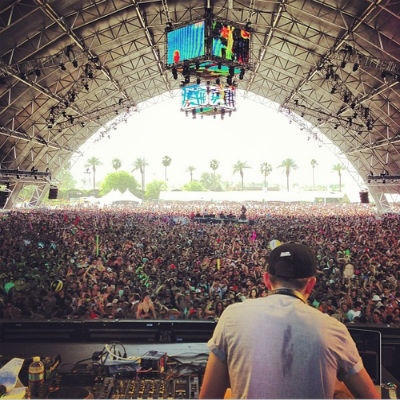 If you were around last night to see the Coachella lineup drop, then you witnessed the immense amount of feedback that dominated the Internet: Outkast is back! So much EDM! Dillon Francis!

A few moments later, Twitter began to buzz with congratulations to Francis. His feat? He was booked to play Coachella, a year after he first graced the festival. But why is this so special and worthy of thousands of tweets, you ask? Because it’s hardly ever been done.

Most of us are festival pros by now. I mean, how could we not be? There’s an event almost every single weekend these days. That being said, for the major annual shows like EDC Vegas, Ultra, Bonnaroo and TomorrowLand, artists are going to be booked again, it’s just a given. But Coachella doesn’t do that. It is a well-known fact that the festival is against having the same artist perform two years in a row. Why? VARIETY. Tickets need to sell and if the same names are going to be performing at every single festival throughout the year over and over each year, where’s the fun in that. There are many message board feeds urging Coachella to back away from repeat headliners. According to sources, there have been 5 repeat headliners in its history and they are: Red Hot Chili Peppers, Rage Against the Machine, The Cure, Tool and Radiohead. But Dillon Francis is coming back! Check out the full line-up below!