Our Artist of the Month for December is one of the artists who rose to fame as part of the golden generation of trance a decade and a half ago.

While many of his contemporaries have now taken a slight change in direction, this artist continues to rule the trance scene even today. If you haven’t guessed already, it is Mr.Full On Ferry, Ferry Corsten.

Born in the famous home of many of the top Electronic Music artists, Rotterdam in Netherlands, Ferry got his first record out at the age of 17 and picked up from there, creating original tunes and belting out numerous remixes. He saved up money to buy a keyboard and then sold his mixtape going around in the neighborhood areas.

Along with his friends, he produced underground gabber music in his teen days, later making a shift towards club and trance music. “Don’t Be Afraid” which he produced under the alias of Moonman was his first commercially recognized track.

In 1997 he established a record label called Tsunami, during the days when he was studying to be an electrical engineer.

He released his second project System F, on Tsunami in 1998. “Out of The Blue” and “Cry” went on to hit new highs in the charts for Ferry, something he hadn’t seen earlier.

As his stock grew, he started collaborating with the top names in Trance, from Vincent de Moor to Tiesto, with Gouryella being the name of the side project with Tijs. In 1999 Ferry was elected as producer of the year at the Ericsson Muzik Award in London.

In September 2000 the third Gouryella single entitled “Tenshi” was released. His remix of “Adagio For Strings” by Barber was awarded at the Dancestar 2000 awards.

In 2003, he composed and arranged ‘Connected’ for Japanese superstar Ayumi Hamasaki, which went on to sell 4 million copies, becoming his most successful production.

Ferry holds the record for the electronic artist with the highest tracks in the UK charts including his remix of “Madagascar”, “Out of the Blue” as his alias System F, both “Gouryella” and “Walhalla” in 2000, “Cry” and the “Dance Valley Theme” in 2001 with “Exhale” which is his latest as System F with Armin van Buuren, “Punk” and “Rock Your Body Rock”. An eight hour set at the Heineken Musical Hall in Amsterdam marked the release of his first album ‘Right of Way’ in 2003.

‘Rock Your Body Rock’ was featured on the album and went on to win the biggest hit of the year award by BG Magazine in Netherlands. In 2005, he released his second artist album ‘L.E.F’, along with his concept L.E.F worldwide. He was also voted at No.5 on the DJ Mag Top 100 poll, slipping down one place to No. 6 the following year. In 2006 he toured El Salvador and did his Road To Voodoo Bus Tour that year, covering 27 cities in 5 weeks. He also launched a brand new weekly radio show ‘Corstens Countdown’ in 2007, and released a brand new single called ‘Beautiful’ which hit the Top 40 in Netherlands, and another track called ‘The Race’ made its way to the Top 20 charts. Ferry’s third artist album was released in November 2009, titled ‘Twice in a Blue Moon’, at the second edition of his concept show ‘Full on Ferry’ in Rotterdam. The first single from the album ‘Radio Crash’ received support from Tiesto, Armin and Paul van Dyk among others. A remix edition of the album was released in 2009 and featured remixes by Rafael Frost, Lange, Ummet Ozcan, Markus Schulz and more. He toured Australia, USA, Romania, Brazil , Lebanon and Malaysia to promote the album. Ferry also had two notable New Years performances at the O2 Academy Brixton in 2011 and 2012. You can check out the aftermovie below. His radio show also completed 250 episodes and an eight hour special was broadcast live from the studio of Sirius XM in New York. Ferry also launched a new monthly show called Ferry’s Fix. He also wrote a tune with Chicane and Christian Burns called ‘One Thousand Suns’ which received am overwhelmingly positive response. He also debuted the Full On concept in North America at an Electric Zoo after party in New York. A third volume of ‘Once Upon a Night’ was released in November of the same year. In 2013, Ferry and Marcus Schulz announced that they had formed a new group called New World Punx and would be touring and producing music together under that name. The act made its debut at Madison Square Garden in New York during Armin van Buuren’s ‘A State of Trance 600’ show. Their first single ‘Romper’ was also premiered during the performance. Ferry also released ‘Once Upon a Night volume 4’ in November 2013. After a gap of two years, Ferry released a single called ‘Back To Paradise’ in 2015.

Here’s wishing Ferry all the very best for his future projects.

For his fans in India, Ferry Corsten will be debuting his ‘Full On’ concept for the very first time at the Bacardi Enchanted Valley Carnival. For more details, click here. 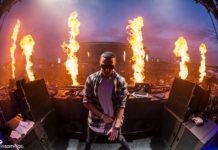 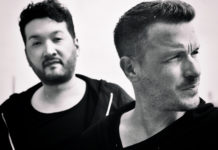 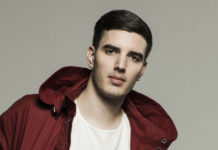