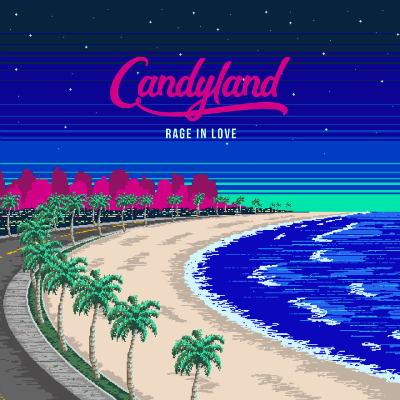 The afro-sporting Californian known as Candyland has been giving fans musical sugar highs since their formation in 2011.

Life wasn’t all lollipops and rainbows for Josie while growing up in Santa Barbara, but four years after entering the EDM industry, she is going full speed ahead toward the Candy Castle.

Candyland’s latest release ‘Rage in Love’ pairs yearning female vocals with jungle beats for one hell of a bumpy ride – in the best way possible. Like the ultimate thrill of pursuing a romantic interest, the track takes the listener on a rollercoaster of intermittent melodic bridges followed by massive drops that is sure to have crowds raging their hearts out on a dance floors in your city very soon.

After first gaining recognition for winning Beatport remix contests, Candyland has proven her staying power by smashing clubs sets worldwide and being welcomed to the Insomniac family with a set at EDC Orlando. She has has become known for a signature glitch-electro house sound and incredible energy during her live shows, a testament to her passion for the scene and her raw talent as a producer.
After snagging your free download of ‘Rage in Love’ look out for Candyland releases on Steve Aoki’s Dim Mak and 12th Planet’s Smog labels in the near future.