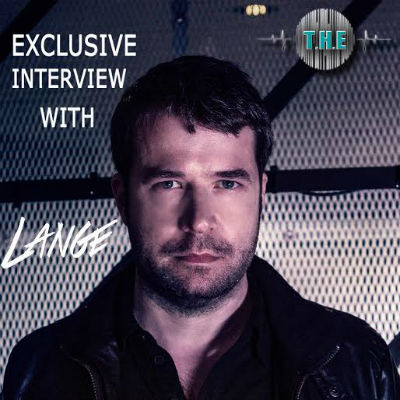 Lange is recognised as one of the most influential dance artists of the past decade. A DJ who has remained at the forefront of the scene throughout his career and a producer that continues to push all boundaries. Lange is one name in trance that has continued to reinvent himself to take on the evolving dance scene and show any inspiring new comer how to be an industry leader through pure talent alone. T.H.E – Usually artists with chart-topping tracks shell out a studio album pretty soon, but it took you a while to come out with your first studio album. What were the reasons behind that?

Lange: Yeah, my first artist album ‘Better Late Than never’ was a long time coming, but I got there in 2007; a whole decade after my first single release. I didn’t really have an urge to attempt an album project before then as I was happy doing one off singles/remixes etc but by 2006 I decided it was time to tackle the big debut album and what better time than to tie it in with my 10th year in the music biz. The Album was a real turning point for me. I used it to pull together some of the highlights of my 10 year career to date (on a 2nd disc called History), while attempting a more musical journey for the main album itself. I was really pleased with the result and I saw real personal value in doing a full album – it was a big achievement! Since ‘Better Late Than Never’ I’ve released ‘Harmonic Motion’ in 2011 and my 3rd and favourite album ‘We Are Lucky People’ last year.

I really don’t think I was musically mature enough to do an album much sooner and think each album has been a step forward for me as a writer/producer. Of course in hindsight it’s quite clear i should have boshed one out back in 2001 after having the top 10 UK chart hit ‘Drifting Away’, but I’ve never been one to chase the commercial end – that single just happened for me, and thank you very much – that was my house deposit sorted! You could actually still earn a living from selling singles back then.

T.H.E – Can you tell us what your favourite Lange or LNG track is?

Lange – I really can’t pick a favourite, my discog is pretty large and faves tend to change every now and then. What I will say is that I’m very proud of how my album ‘We Are Lucky People’ turned out and if I was going to recommend anything to listen to from my 16 year career, it would be disc 1 of that!

T.H.E – What have you been working on in the studio off late?

Lange – After a return to the more emotive trance over the past couple of years, I’m now trying some different stuff in the studio. I don’t like to stick with the same direction for too long as I get bored so I’m carving a new path and experimenting. You need to do that until you find a direction you’re really into. This is why I brought back the LNG guise. It was something I last did in 2011 and is a moniker for my edgier experimentations. The new single ‘Hey! While The Sun Shines’ was released last month on Black Hole Recordings.

Lange – There’s some really great new talent out there and the production quality keeps on rising. Unfortunately more than ever, a lot of producers tend to be cloning the big tracks but every now and then you get something really unique. My favourites from the new breed include Stephen Kirkwood, Tangle, Mateusz, Anske and Craig Connelly.

Lange – I really enjoyed putting this mix together. It just seemed to fall in place a lot easier than other comps I’ve done previously. You always pick a big selction of tracks and then it’s often the case there are a few problems getting all your faves working in the mix due to key clashes. This one just flowed really well and I didn’t have to make any tough decisions on dropping tracks. The mix starts a little deeper and darker than I’d usually play out, but obviously when you’re putting a mix together for home listening you want it to be interesting musically. My philosophy with album mixes has always been to try and bring together everything that makes trance music such an ethereal experience together with the groovier, bigger melodies for the clubs. I was really pleased with the outcome, the mix definitely represents everything I like about the genre and this one definitely has a darker edge to it. There’s a cross section of producers too from more established names like Tiesto, Ronski Speed, and Andy Moor, through to some brilliant stuff from newcomers such as Anske, Dimension, and Bissen. Check it out!