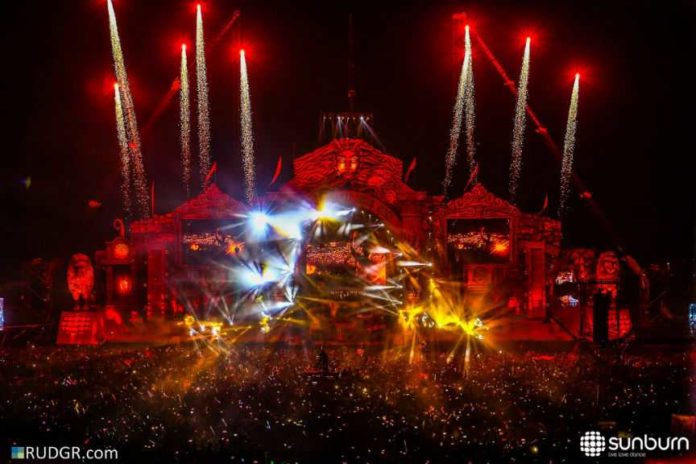 It started out as a small gathering on a Goa beach in the last week of September, with some flea market stalls and loads of music, with some well-known international talent. What it has grown to is symbolic of the rise of India’s electronic dance music scene. We’re talking about Sunburn Festival, one of Asia’s largest, which is now all set to host its 10th edition. We list down 5 reasons why Sunburn 10 will be absolutely massive!

Unfortunately, this year’s edition will not be held on the scenic Vagator location that the festival had only recently moved to. However, it has now moved to a ‘Sunburn Hills’ at Kesnand near Pune. The same festival without the crowded Goa roads and shacks? Yeah!

Any trance fan who attended the early editions of Sunburn had the privilege of experiencing Paul van Dyk and Armin van Buuren at their peak. While Armin has returned to India a few times since, notably for ASOT 600 and Armin Only – Intense, this will be his first performance at a bigger and better Sunburn festival. Are we excited? Definitely! No festival can grow to the extent Sunburn has, without a little bit of globalisation. Well, there’s been plenty of it down the years, but this year it’s expected to grow to the next level, with enthusiasts from over 40 countries expected to attend the festival. Bring your flags and let the music go beyond geographical borders!

If Armin wasn’t enough, there’s Afrojack, Krewella, Dimitri Vegas and Like Mike, who will bring their party to Pune, as also KSHMR and Axwell /\ Ingrosso. And these are just the headliners. These artists and many more like Jai Wolf, Marnik, Bass Jackers, Tom Swoon, Nucleya and Anish Sood are all set to perform at Sunburn 10. Have you got your dancing shoes on yet?

If there’s one thing Sunburn was always known for apart from the main festival, it’s the after-parties. The after-party culture was prevalent throughout the festivals existence in Goa, with some of the best clubs in Goa hosting the after-parties. This season will not be an exception either, so expect some rocking after parties and expect even lesser sleep!