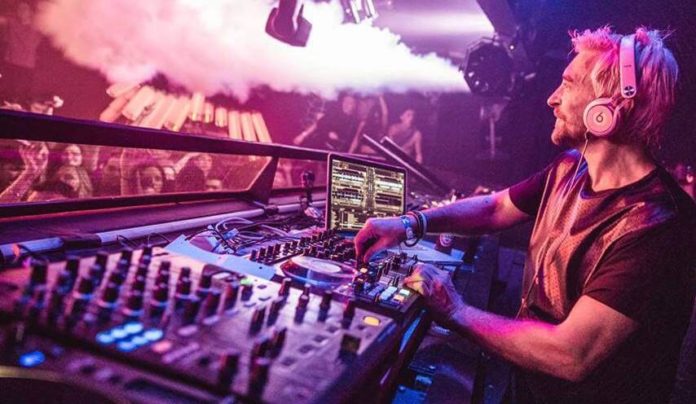 Recently we heard the news that DJ Fresh announced his retirement. Shocked and highly disappointed fans all over the world have expressed their emotions to the news.

We understand where he is coming from but a chunk of great music has now reached its end, or has it? We first heard of Daniel Stein as member of the iconic drum and bass crew, Bad Company. Later on venturing into a highly successful solo career. Let’s take a look back at the legend’s top 10 tracks that have made us dance to our heart’s content over the years.

“Gold Dust” is the third single of the album “Kryptonite” made huge waves during 2010. There’s actually two versions of the song; the orginal was released back in 2008 featuring Ce’Cile on vocals whilst the 2010 version features Ms Dynamite. The song peaked at number 24 on the UK singles chart also reaching platinum status. I remember back at that time there wasn’t a place where I didn’t hear this song played. Especially during the summer parties. The video is pretty cool too.

“Hot Right Now” is the second single of the “Nextlevelism” album back in 2012. The track features superstar singer, Rita Ora. Soon after its release, the song peaked at number one on the UK singles chart. At the same time claiming the title of the first ever drum and bass song to reach the number spot on the charts. Absolutely amazing job by DJ Fresh.

“Earthquake” is a joint effort by DJ Fresh and Diplo, released back in August 2014, featuring the vocals of Dominique Young Unique. This song of DJ Fresh’s discography has to be mentioned. Its a crazy tune that blew up festivals all over the world. It peaked at number 4 on the UK Singles chart, on at number three on the UK Dance charts and finally reaching number one on the UK Indie Charts. The song has an edited version, entitled “Motherquake”, featured in the Kick Ass 2 motion picture. Pretty impressive.

“The Power” is the third single off “Nextlevilism”, released in June 2012. The track features Dizzy Rascal on vocal duties. A massive track that was featured in the racing video games “Forza Horizon” and on “Need For Speed- Most Wanted”.

“The Feeling” is the 4th single off the “Nextlevelism” album, released in 2012, featuring the vocals of RaVaughn. An epic tune that managed to reach the top 15 on the UK charts. Another success for the legend.

“Gravity” features the beautiful vocals of Ella Eyre and was released in February 2015. The song did pretty well on the charts, peaking at number 1 on the UK dance charts and the UK Indie charts as well as at number 4 on the UK Singles chart.

“Louder” features the vocals of Kosheen lead singer, Sian Evans and was released in July 2011. An incredible song that was one of the first dubstep tracks to reach the number one spot on the UK Charts. That’s brilliant! In addition, the song was used as the theme song for the Lucozade Sport Lite Campaign. It was also used as the promotional theme of the reality program “Cricket Superstar” as well as was featured on the SCE Studio Liverpool’s Wipeout 2048.

“Dibby Dibby Sound” is a track DJ Fresh decided to change things up into electro house teaming up with Jay Fay and Ms Dynamite. A killer track which peaked at number one on the UK Indie Dance chart back in 2014. This man is no stranger to mainstream chart topping.

“Make U Bounce” was released in June 2014 featuring Little Nikki on vocals. The track killed it on dancefloors all over the world. The track is the rework of an old TC song, turning into a more relevant banger. Unlike previous track the song couldn’t manage to grab the number one spot but made it to the 3rd position on the UK Dance Chart and number 10 on thhe UK Singles Chart.

“Elevator” is the latest offering from DJ Fresh, this time teaming up with Erik Arbores, released earlier this year. Still doing so well.

DJ Fresh is arguably one of the best producers in the industry and we hope that he will reconsider his decision, coming out from retirement. He has achieved so much already, and we know he could do so much more. But who knows, anything is possible. All we can do is to enjoy the music he has released in his career thus far. Its not the end, I don’t believe so. Time will tell, so watch this space.