Lenell has worked with many incredible producers over the span of his career as one of the resident vocalists at one of Spain’s most prolific record labels ‘Clipper’s Sounds’.

He has worked with people such as The Zombie Kids, Tall & Handsome, Robbie Rivera, and Fonsi Nieto. Having charted multiple times on iTunes, his gospel upbringing paved the way for his career to span across the world, touring in places such as Japan, America, and Switzerland.

Lenell sat down with us, for a quick rapid-fire interview, where he talks about his favourite song, career highlight, and plenty more.

Lenell Brown – WOW!! now that’s a tough one… “I Need Lovin“ is a great track, a fun track but, “Always With Me” and especially the JFMEE remix of the song is incredible, emotional, intimate and somewhat spiritual. I love that track…

Lenell Brown – The USA. Both are beautiful countries and I have a lot of support from both.. but the USA taught me the skills, training and drive to be successful here in Switzerland.

T.H.E – Big nights out or chilled nights in?

Lenell Brown – One of the best shows I’ve performed was in Canet en Roussillon, France at “Complexe La Luna” I came out as a featured performer with Swiss superstar DJ “Remady”.

Lenell Brown – One of the funniest memories I have is when I was performing in Japan before the track dropped we had to do an introduction in Japanese which I totally massacred. I still can see the audience looking at me like “HUH?” Lol… major fail! 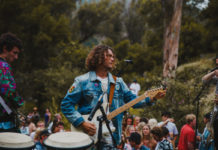 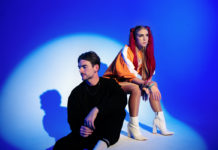 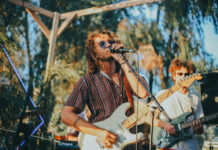