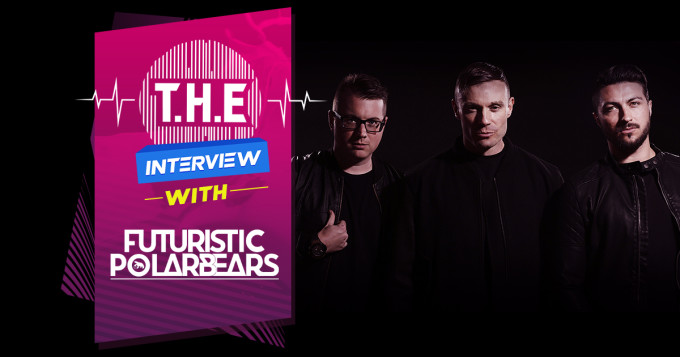 It’s fair to say that the Futuristic Polar Bears have had a phenomenal few years. Through their own relentless hard work and outstanding capabilities both in the production studio and behind the decks, the trio have been on an incredible ride and achieved the seemingly unachievable!

Keeping their fans happy with a bountiful release schedule, Futuristic Polar Bears recently released yet another monster track, this time teaming up with Sandro Silva to bring BYOS (Bring Your Own Speaker) – out now on Armada Music.

To celebrate the release, the good folks at Submerge Music brought down the trio to India for a ‘BYOS’ tour. We managed to catch up with the guys post their visit and speak about all things ‘BYOS’. Read our chat below.

T.H.E – Hey Guys! Thanks for taking the time out for this interview. How are you?

T.H.E – You came to India as part of the ‘BYOS’ tour. How did this collaboration with Sandro Silva happen? Your fans are very happy about this track judging from reactions on social media!

FPB – Thanks! Sandro is a good friend of ours and we’d be talking about doing something for ages. We finally started writing something towards the end of May and BYOS was born. We tested several different versions over the summer until we got it perfect…

T.H.E – Who came up with the name “Bring Your Own Speakers”? The song definitely proves why that name has been given!

FPB – Ha, it’s funny actually – we originally named it something else but as the idea for the video was developed, it made sense to change it slightly so that the track and video worked together.

T.H.E – Was sightseeing on your bucketlist while you are here?

FPB – Always, India is a beautiful country and we like to see as much as we can when we go abroad – we are so lucky that our jobs take us all over the world and we get to experience so many amazing places.

T.H.E – What could fans expect from your tour? Were there any new collaborations/originals that were a part of your sets?

FPB – Yeah we road-tested a number of new tracks we’re finishing off at the minute! We cant say too much more but there’s a good few things to listen out for!!

T.H.E – Really interested to know if you heard about the Indian Cuisine. Did you try some of the local delicacies while on the tour?

FPB – Always! We love Indian cuisine and the best over there is the food in Indore. Jiggy the host is amazing and his food is incredible especially his butter chicken!!

T.H.E – Coming to the DJ Mag poll, the results caused quite a stir recently, what are your views on the poll? Do you pay much attention to it?

FPB – Congratulations to everybody that made the top 100, people that moan about it are just jealous that they’re not in it!

T.H.E – You have played in a lot of cities across the globe. Which city according to you has the most vibrant nightlife?

FPB – WOW that’s a tough question there’s so many and every city is unique. Personally we love Singapore for the nightlife, food, culture, architecture, everything!!!

T.H.E – How’s the support from Team Revealed and Hardwell been? Who do you think is an exciting young talent on the label?

FPB – It’s always great to work with Revealed and we love the support we receive from Hardwell and the crew. Tom & Jamie, Bali Bandits and Maddix are smashing it for the label at the minute.

T.H.E – What are your plans for the rest of 2015? You’ll have a really big festival appearance coming up at the end of November, but apart from that anything in the studio?

FPB – 2015 will be spent touring and finishing the last few studio projects ready for 2016 as well as a huge remix for our good friends Sultan + Shepard!!

Kill The Buzz & Futuristic Polar Bears – Shake It Off

You can check out the track here.