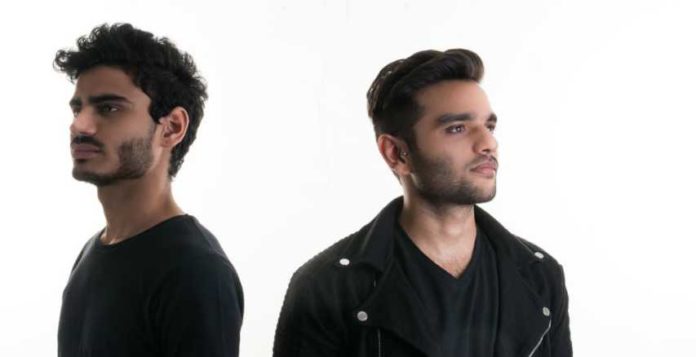 A leap of faith and an overactive imagination are dangerous when combined together. Not in the case of the two crazy mavericks from Pune who make up Oozeundat though.

When Roan Sable and Sidhant Naren decided to convert their mutual respect for underground electronic dance music into a Techno wave, no one could have predicted the young duo’s journey.

Determined to produce and deliver intense, well-crafted sets focused on destroying dance- floors, Oozeundat’s sound is turning out to be as quirky as their name. Made from an amalgamation of their nicknames, their moniker is just a small display of their inherent madness.

The duo will be seen performing at Sunburn 10 and we managed to speak to them about this, Arjun Vagale’s influence, the rise of Techno in India and plenty more.

Sagar – How did the idea of a duo stem through?

Oozeundat – We were both from Pune & the mutual love for Techno brought us together. We decided to throw a few parties together and that was how it began.

Sagar – Having found the maturity to add such finesse to your sounds at such an early age, how naturally do ideas flow through while writing a project?

Oozeundat –  At this point it’s our second nature when it comes to writing an idea as we listen to a lot of music & inspiration is all around.

Sagar – How would you best describe your sound?

Sagar – You have shared stages with Heavyweights like Dubfire and James Zabiela. Tell us more about the experience?

Oozeundat –  It’s always an honour to play alongside such heavy weights and gigs like these are essential to keep us motivated in the studio.

Sagar – Being part of Maktub, how much does the influence of mainstays like Arjun Vagale and Logiztik Sounds help?

Oozeundat – Arjun has always been our biggest influence. He has been kind enough to mentor us and is an integral part of our growth as artists.

Sagar – How would you describe the meteoric rise of Techno in India?

Oozeundat – I would say that the groundwork has been laid by the likes of Arjun & the UnMute crew who have been constantly pushing the envelope which has contributed to Techno’s popularity in the country.

Sagar – How much does playing for a massive festival like Sunburn help in terms of exposure for a budding artist?

Oozeundat – It certainly helps reaching a broad audience & Sunburn as a festival is as large as it gets so we are glad to foot in our bit to play music we love.

Sagar – The flagship Sunburn festival for the first time will not be happening at Goa. What are you looking forward to the most when it comes to the location?

Oozeundat – Pune is home for us and something of this scale happening at home is always exciting plus its Sunburn’s 10th year we are sure it’s going to be huge and they are going to go all out with their production and fan experience.

Sagar – Sunburn celebrates its 10th anniversary and in the process, it has become one of the biggest festivals in the world. What are your thoughts on this?

Oozeundat – It’s been a long journey for them they have set some standards along the way and we are really looking forward to this edition.

Sagar – What can fans expect from your set?

Oozeundat – We’re going to dish out our own typical Oozeundat sound of minimal techno; we might also throw in a few surprises along the way.

Sagar – Before we sign off, any new sounds in the making?

Oozeundat – We’re in process of working on a few EPs on interesting labels. You’l just have to wait and watch ;)

For the complete lineup and tickets details, click here.