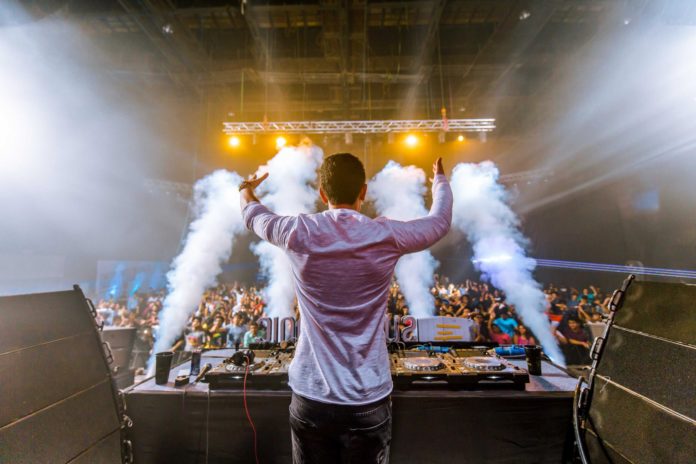 Adding to the state of euphoria, we also managed to catch up with Joey Dale, Manse and Kill The Buzz at the Mumbai leg of their Revealed Asia Club Tour! Read on for excerpts from the interview with Joey Dale.

Joey Dale – It’s been great so far. It’s been really tiring. This is like the 5th country we’re visiting in 5 days.

T.H.E – So what’s the concept behind this tour?

Joey Dale – I think it’s to put the new talent on Revealed in the spotlight. Artists like Manse, Julian and me. To let people know about us, especially Asia right now.

T.H.E – How has Revealed Recordings shaped you as an artist and brought you in the limelight?

Joey Dale – So Revealed was actually the first label who helped me and wanted to release a track of mine and it’s helped me a lot. Since the day I released a track on Revealed everything just went upwards. Hardwell and a lot of his DJ friends will support you if they like the music you’re making, so it’s great.

T.H.E – What plug-ins do you use to come up with your unique sounds?

Joey Dale – I don’t use a lot of plug-ins. Like a lot of artists i just basically use a few plug-ins Nexus, Sylenth and layer them to create my sounds. And its effective. So last year i was basically doing this and that’s where Hardwell came in and liked it and said “Woah! That’s good!” So I just follow the basics and if i like something I’ve made decide to use it.

T.H.E – With all the travelling that you do as a DJ, do you get some tunes or basic ideas about a new track at crazy places, or do you prefer brainstorming about your new music peacefully at home?

Joey Dale – Well, just to be clear, I’m a traveling DJ but I don’t travel that much. And yeah I prefer doing it when I’m sitting at home, at my parents’ place. Just sitting there trying out stuff and I go like ‘Hey that’s cool’.

T.H.E – How have your performances on the tour been so far?

Joey Dale – So we played in Taiwan at a really cool club, it was full, i played the closing set and it was still packed! Kuala Lumpur was good, I was opening at Zouk in Singapore and it was really good. I think Mumbai is going to be the best so far though.

T.H.E – Have you tried any Indian food yet?

Joey Dale – Food? Not yet, haven’t ordered room service yet, but tomorrow we’re all off, it’s our first day off, so tomorrow we’ll definitely try something!