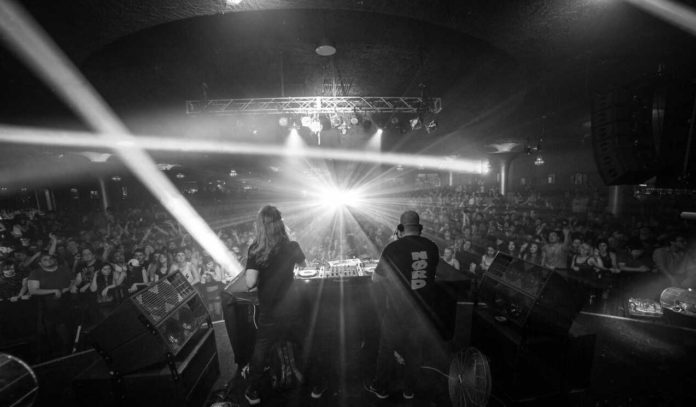 The Pegboard Nerds, comprised of the veteran producers Michael Parsberg and Alex Odden, have exploded on the scene in 2015 with an infectious energy that has captivated the new college generation.

Since joining forces in 2004, Parsberg and Odden have accumulated hundreds of millions of plays online and developed a loyal following among their fanbase dubbed #NerdNation.

In just over 2 days, the duo will be seen playing at the 10th anniversary edition of Sunburn Festival. We caught up with them and spoke to them about this, and how it all started. Have a read! :)

Shantanu – Firstly, whose idea was it to use an anagram of your surnames and come up with a brilliant name!

Pegboard Nerds – We were just sitting in the studio late one night having talked about a name for our project all day. All the “cool” names we could come up with were taken, so we were a bit frustrated. Alex knew about this anagram generator that came out with the funniest stuff depending on what you fed it, so we started putting in various words or names, but it wasn’t until we put in our last names and among some very strange names we saw Pegboard Nerds and thought: that’s it!

Shantanu – How did the two of you first meet back in 2005? And how has the journey been since then?

Pegboard Nerds – Michael was producing and DJ’ing already. Alex won a remix competition for Above and Beyond in 2004 (Oceanlab – Satellite), and when Michael heard it he liked it and got Alex’s email address from the label and wrote him asking if he wanted to work together.

Shantanu – You’ve played a number of gigs all over the United States, in 2016. How has the experience been and what were some of the memorable performances along this tour?

Pegboard Nerds – It’s been an amazing experience! Every show and crowd is unique in their own way so it’s hard to pick one out. Chicago and DC were pretty special.

Shantanu – How did you two get into the idea of being professional DJs? Who were some of the DJs you looked up to while you were starting out?

Alex – I heard dance music on the local radio at the age of maybe 10/11. Shortly after I got into com-puters and was then introduced to a way to make music with them. Then a few years later when I won that competition I started realizing I could make a living off of this. Back then I looked up to (And still do) Prodigy, Norman Cook/Fatboy Slim, Orbital, Chemical Brothers, Daft Punk, Capella, Masterboy, 2 Unlimited, 2 Brothers On The 4th Floor, etc. A weird mix of artists, yes.

Michael – I started out as a radio DJ a a very young age, simply because I loved music. Every Monday morning when the number 1 record store in Denmark got fresh new vinyls from around the world I was there, to get hold of one of the few copies of the coolest new sounds. This was in the late 80´s. I quickly wanted to know how this amazing music was made and I started to save up money to buy a synth and drum machine. First thing I bought was a Roland TR 909 and a Juno 106.

With some childhood friends I made my first ever record in 1992 and started playing underground techno parties and raves in Copenhagen. More productions and even more DJ gigs led to me dropping out of the university to pursue a music career. So I guess that 2017 is my 25th anniversary as a club DJ.

Shantanu – There is some absolutely phenomenal talent on the Monstercat platform. Who are some of those artists you guys enjoy listening to?

Shantanu – That track with Jauz went on to become really really big! How did that feel and what was it like working with Jauz?

Pegboard Nerds – It was a fun track to make, we made most of it the first day when we visited Jauz in his studio in Hollywood. Then we had a few rounds back and forth online after that to finish it. Working with him was a pretty easy and dynamic process, we’d each work on different aspects of the track and then find ways to bring it all together. We were open to each other’s ideas and incorporating them, trying to make the track the best it could be!

Shantanu – Every duo follows a different creative process in the studio, how does it work with the both of you?

Alex – I basically just try and get in the studio every day and make something. Not all of it comes out as tracks but I think it’s just part of the process to stir things up and see what might trigger an idea. As soon as I have something tangible, a riff, a beat, a special sound, I try to build out the main part of the song, the drop or the hook or whatever, and then build around that again. It’s easier for me to draw from a big main part of the song to create the buildup and intro as opposed to creating the big main part from vague atmospheres and weak melodies. Then once I arrange the song I can go in and refine the different parts, transitions and so on.

Michael – I am Alex´s biggest fan, so working with him is such a honor but also intimidating. Even though I have been producing for a very long time before we even met, I often feel I’m not worthy of being in this duo. I still learn so much new stuff from working with Alex.

The stamina and talent is out of this world. Most of my contributions are often in the big picture. I used to be the uber-nerd sitting in the front seat twisting the knobs, but with Alex being as talented as he is, its better for the music that he is driving the car. I guess you can say I’m more of a navigator. But when it comes to the DJ´ing its the other way around. We really compliment each other. Although Alex is good DJ and I’m not a bad producer, we have found a perfect way to get things going.

Shantanu – What is the next level for Pegboard Nerds, a benchmark that you are aiming for in 2017? More shows on the road in different countries along with another EP maybe?

Pegboard Nerds – We want to put out more music in 2017 than we did in 2016, and focus our sound more. We have another tour coming up as well; a U.S. tour starting end of March! Then for sure more shows as the year unveils, as well as always creating the best songs we can. Probably another EP, yeah.

Shantanu – Are you guys excited to play at one of Asia’s largest festivals in Sunburn? And that too in a very special 10th edition for the festival?

Pegboard Nerds – Very excited! We’ve been hearing so much about it so it’s great to finally be able to go there and play!

Shantanu – Marshmello was here and he dropped a couple of Bollywood tracks in his set, would you guys want to surprise the crowd with something like that as well!?

Shantanu – The best advice you guys have got, that you’d like to pass on to upcoming DJs?

Pegboard Nerds – Be patient, it takes time to develop your own style and taste. Hone your craft every day. Be your-self and trust yourself. Persevere.

Shantanu – Any message for the fans waiting to see you at Sunburn?

Pegboard Nerds – Can’t wait to see you all at Sunburn 10, we’re super excited about our first show in India and we are very happy to be a part of Sunburn’s 10th year celebrations and we got a lot of new music for you!

Catch them live at Sunburn10!